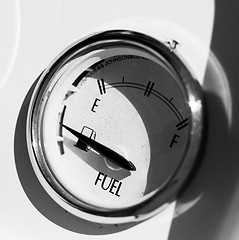 It was late into the third and I ran out of gas.

Our team re-arranged our line-up, moved a few positions around and it showed. We weren’t where we were supposed to be on defense and our breakouts suffered as a result. Trying to overcompensate, I chased the opposing winger deep down into our defensive zone. It only took a few times skating the entire distance of the rink to realize that wasn’t a good plan. I was panting like a sheep dog in an Arizona desert. It was pathetic, really. With four minutes left in the game, I didn’t have anything to contribute. We pulled our goalie who sat next to me on the bench as we watched our team lose the game.

Hockey isn’t like other sports. You don’t have a LeBron James that can just take over the game when he wants. It’s a team sport and requires a team effort. That means playing your positions so you can skate hard until the buzzer.